In 2017 Wolfe’s Neck Farm became Wolfe’s Neck Center for Agriculture and the Environment, with a refocused mission on regenerative farming and the fight against climate change.

Over the many years since Wolfe’s Neck Center was established, it has introduced many new and important innovations to the state of Maine in keeping with a half century of combining traditional values of natural farming with forward-thinking practices. Using its unique resources, it has consistently promoted education, research, recreation, historic preservation, community building and the preservation of open space.

In 1947, Lawrence MC and Eleanor Houston Smith of Philadelphia paid $30,000 for land on Wolfe’s Neck including the main house, a farmhouse with barn, the big barn, and 275 acres. Several years later they bought Little River Farm for $15,000 including the current offices of Wolfe’s Neck Center and 195 acres.

In the fifties, the Smiths began an organic beef operation later called Wolfe’s Neck Farm. The farm was intended to demonstrate how to save Maine’s dwindling meadows and pastures, its crops and animals, its open spaces and unblocked sea views. Essential to this were new techniques, new equipment and a new approach to the land itself–an approach that included environmental education, recreation, and historic preservation, as well as new economies.  They would not compete; they would be part of an ecological whole.  The Smiths began pursuing methods that encouraged sustainable agriculture without chemical pesticides.

In 1975, Mr. Smith died and Mrs. Smith – whose lifelong interest in conservation and ecology had included helping to start both Nature Conservancy and the American Farmland Trust – continued the farm with enthusiasm.  The farm was given to the University of Southern Maine by Mrs. Smith in 1985, with the approval of her children who co-owned some of the land. The university was supposed to work in concert with a foundation Mrs. Smith established. In 1997, Wolfe’s Neck Farm Foundation assumed management of the Farm as a nonprofit community resource. 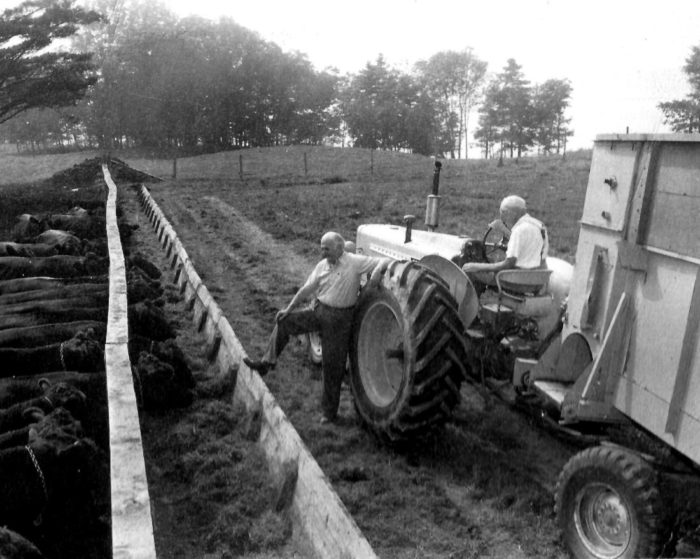 Learn More About Our Work

Let’s create a healthier future, together. Our members are the heart of Wolfe’s Neck Center. Your membership supports our work to connect people of all ages to food and farming.