It's All in the Timing...and the Seed

Seven a.m. on a Wednesday in early March. The cows were milked an hour ago, but now it’s time to focus on the fields, their stomping ground come May. Earlier in the week, the farmers hemmed and hawed over the best time to do a frost seeding. Farms typically plan a frost seeding in late February or early March – when the ground thaws and freezes enough to open cracks in the soil – as a way to improve forage on pastures without tilling the soil. By broadcasting the seeds at this time, they’ll naturally be incorporated into the soil through movement caused by the temperature fluctuations. 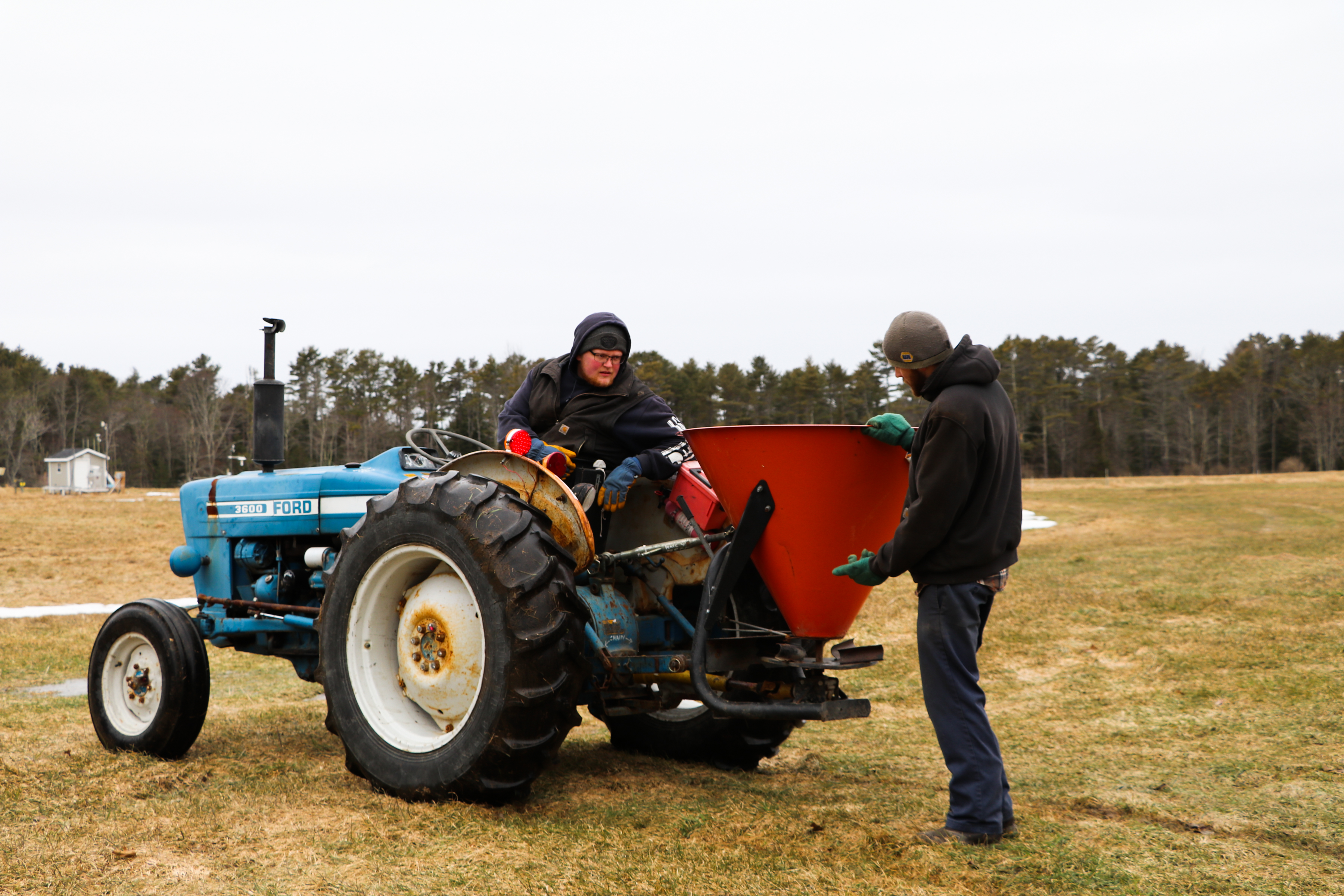 It’s All in the Timing…

Timing is crucial when it comes to frost seeding, because when done effectively it can be a simple, inexpensive way to improve pasture and soil quality. The conundrum came in February when we had a warm spell and the ground thawed entirely. Was it too late for a frost seeding at this point? Then, when news came of the big early-March snow storm, the farmers reassessed their options.  The day before the snow storm, early enough in the morning when the ground was still frozen, two of the farmers went out to do the seeding, with the hopes that the ground would thaw throughout the day, and the next day’s snow would compact it into the ground.

It’s not only timing that influences pasture quality – it’s also the type of seed chosen. For our purposes, the farmers chose an organic mammoth red clover. Much of what we do at Wolfe’s Neck is using farming as a solution to climate change. We use regenerative agriculture practices to improve soil health over time, rather than depleting it. Red clover, chosen for the frost seeding, is a deep rooted legume. It brings nitrogen into the soil, which is needed to help plants develop. It also is a high protein feed source for our grazing dairy herd, which complements the perennial grass pasture mix. By intentionally choosing this crop and spreading the seed in a way that does not disturb the soil, we are using innovative ways to improve its quality over time. 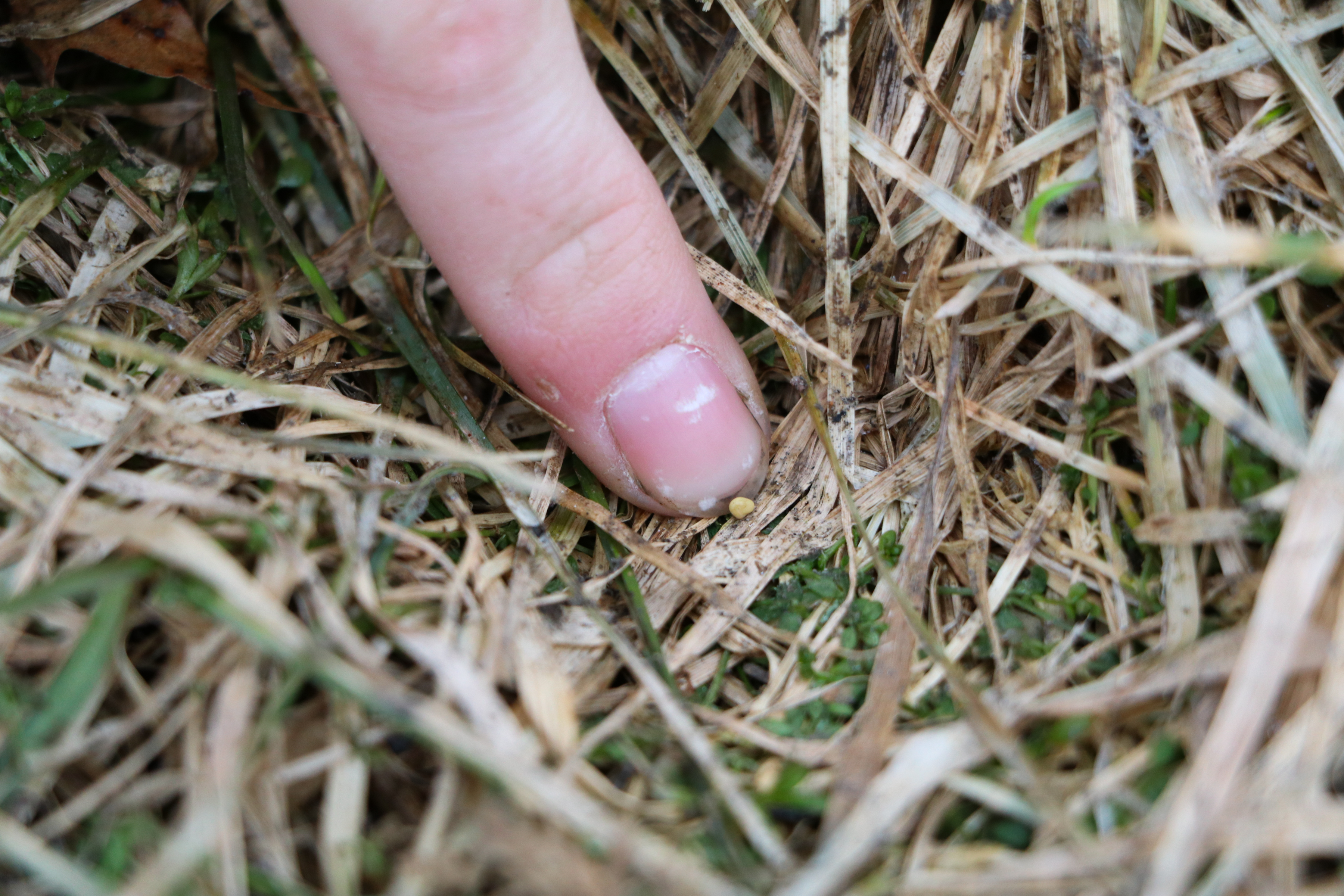 While frost seeding is a not a golden rule among farmers, we continue this method because of the success we’ve had with it in the past four years. It was around then that we aimed to improve soil health and forage quality for our herd, but frost seeding was a part of Wolfe’s Neck’s history decades prior. When the Smith family began farming the land in the 1960s, the farmers were always experimenting with low cost, organic practices like frost seeding.

In 2018, though, our simple method for the seeding may be the same as it was decades ago. We use a broadcast seeder attached to a tractor and pour the clover seed through the cone, using about fifteen pounds of seed for a one-acre area. A spinning disk disperses the seed in a wide area as our farmer drives the tractor around the field, a process that takes about twenty minutes. Our farmers know their efforts have been successful when they see patches of clover growing among the grasses in early summer. While some farms bypass frost seeding, our farmers attribute its effectiveness to a couple of factors: having heavy clay soils that leave wide cracks in early spring, and not bush hogging (mowing) the fields, which leaves a layer of grass that can cause a barrier for seeds to reach the soil.

The red clover should be at full height by mid to late June. In the meantime, the cows will graze on the grass pasture mix, which will be taller and easier for them to reach. With all of the methodical decisions made about when to spread and what type of seed, our farmers are excited to see how the pastures reestablish. Their next experiment? A recent purchase of a no-till drill – shared with a neighboring farm – means the next seeding in early summer will continue our use of regenerative farm practices. Stay tuned later on in the season!