Heifers Find a New Home on the Farm

As of early December, the cows have one of the best views on the Wolfe’s Neck property. A recent renovation of the historic Pote Barn on Wolfe’s Neck Road turned it from a dilapidated underused space, to the new home of our herd of heifers.

This didn’t happen by accident. With a goal to construct a new dairy facility for our Organic Dairy Research & Farmer Training Program, the farmers outlined a plan to create significant cost savings and reduce the footprint of the process. The team proposed that rebuilding the old Pote Barn and converting an old manure storage facility to heifer barns would be beneficial in the reconstruction plan. Ben Jensen, Livestock & Dairy Manager at Wolfe’s Neck, said of the project, “It is very exciting to get the Pote Barn full of cattle again. Not only is it crucial to our growing organic dairy operation, it is an important part of the heritage and tradition of this place.”

Formally known as the Pote House Barn, the post and beam structure overlooking Casco Bay was built in the 1760s by Captain Greenfield Pote and shares its site with one of the oldest houses in Freeport. As housing for the heifer herd and additional farming operations, this iconic structure will continue a legacy of almost 250 years of farming activity.

Renovation of these historic structures began in June of 2017 with the meticulous work done by local company Houses and Barns by John Libby. The barn was dismantled through an extensive numbering system, each post and beam restored as needed, and rebuilt on its original footprint. An additional barn was built below by local contractor Mark Vaschon for use in the new heifer facility.  After utilizing the beautifully renovated original Pote Barn structure for a special event in October, the area is now being revitalized for farming once again. 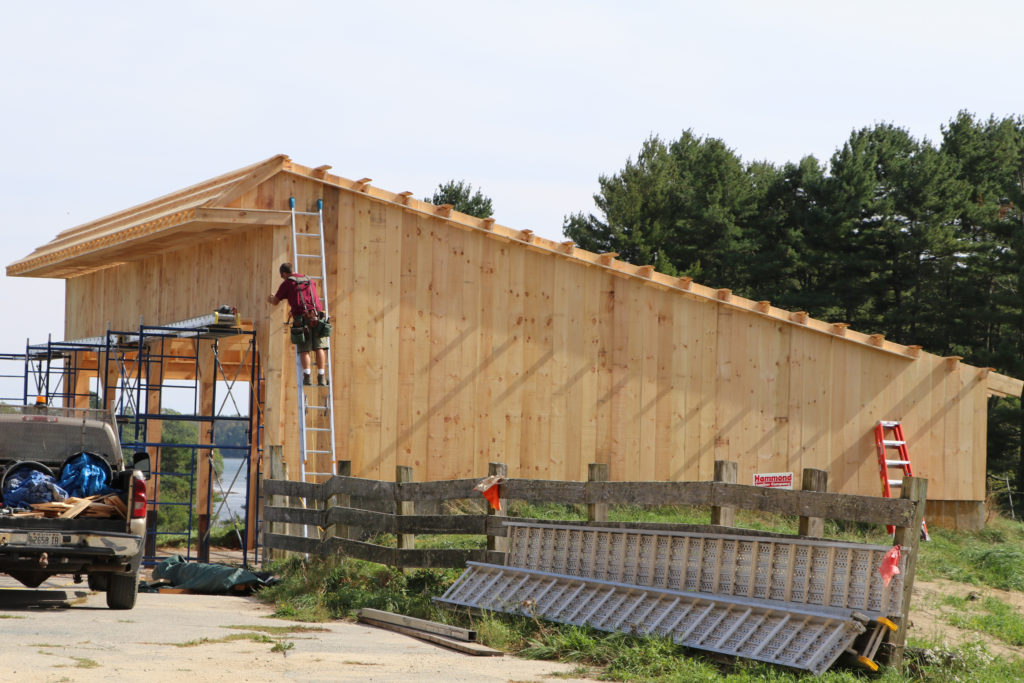 At Wolfe’s Neck, we used to keep the heifers—the young females of the full dairy herd, under age 2—outside through the colder months. The farmers assessed that it was very labor intensive and not as comfortable for the cattle. Moving them to Pote was advantageous because they are managed separately from the rest of the herd: they have different nutritional requirements and are much smaller than a mature cow.

There are two groups of eleven heifers currently being housed at Pote. One group has been bred through artificial insemination (AI) and confirmed pregnant. The other group of younger heifers will be bred as they become the correct size and age. Both groups have a bedded pack of sawdust and feed through headlocks. Their diets consist of a little heifer grain, hay, and trace mineral salt. 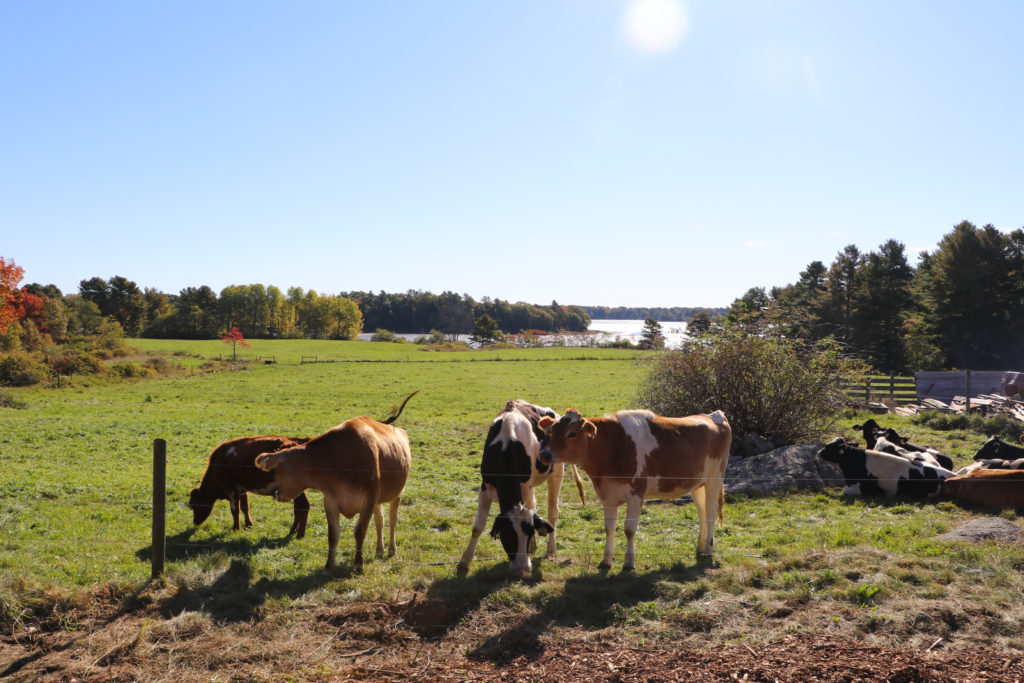 There are some unique features of the new Pote Barn that kept the farmers busy with setting it up for the heifers to move in. They’ve created a loose housing system for managing the herd. This allows the heifers the freedom to lay down however they’d like and to express natural social and reproductive behavior. The facility was also designed with headlocks. The headlocks will ensure the heifers are used to using them when they join the milk cows, and will make for a less stressful transition. The farmers additionally added their input on the design and layout of the facility and got it set up for operational use after its construction. They worked with our team of dairy apprentices to install automatic waterers, set concrete, and to install the headlocks and gates.

After quite an undertaking in 2017, the impact will be significant for our crew of dairy farmers and apprentices as they head into farming operations through the winter months. Next, they have their sights set on a new full dairy teaching barn and parlor to come in the next year. 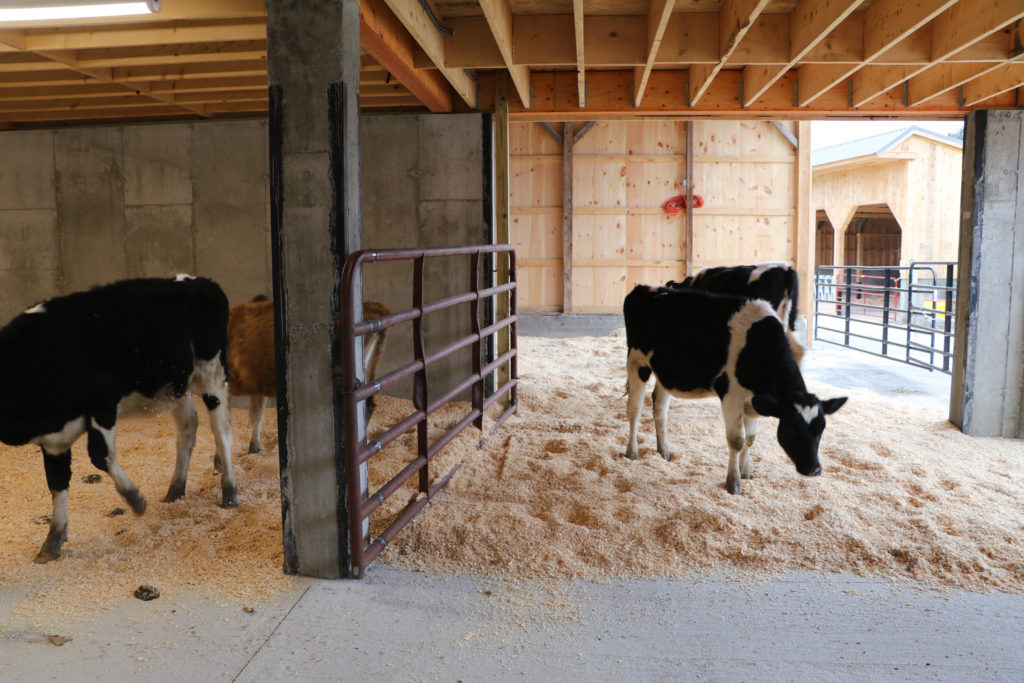