Every week at Farm Camp has its own flair and a unique set of projects on board for the campers. This week’s task? Keep an old bureau from finding its way into the dumpster, and transform it into a chicken brooder! Katie, our livestock educator, led a group of campers ages 11-14 on this renovation project.

A chicken brooder is a space made for baby chickens to remain enclosed and safe in their early stages of life, essentially a mini coop. Heat lamps keep them warm, and the space also includes a layer of bedding as well as a water supply. The young chicks typically stay in a brooder until they’ve grown enough to care for themselves, usually after about six weeks when they are fully feathered. 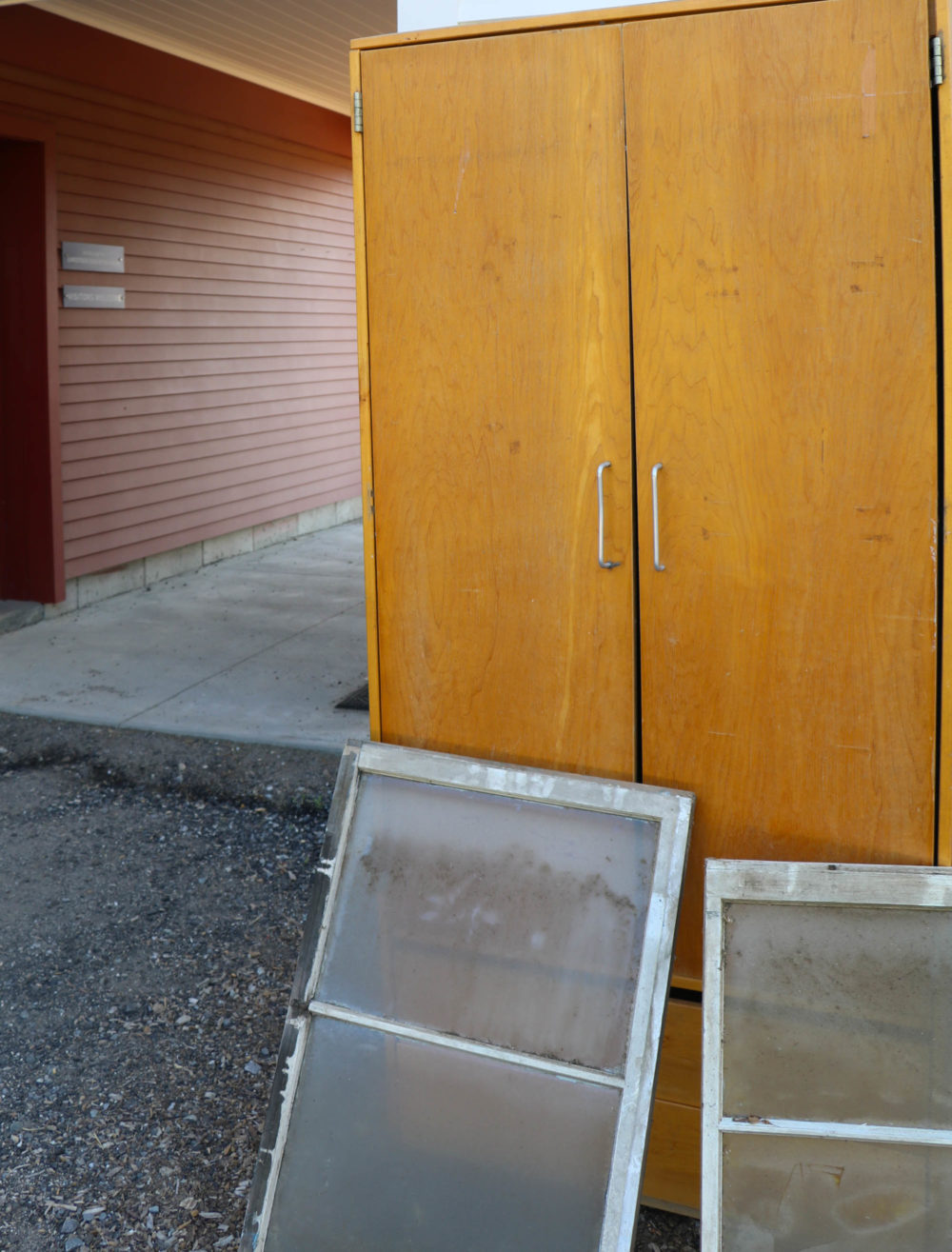 Katie introduced the project by emphasizing that her only parameters were for the campers to use the bureau and the old windows that she provided. The rest was up to them. They would make the decisions, and she would use the power tools. 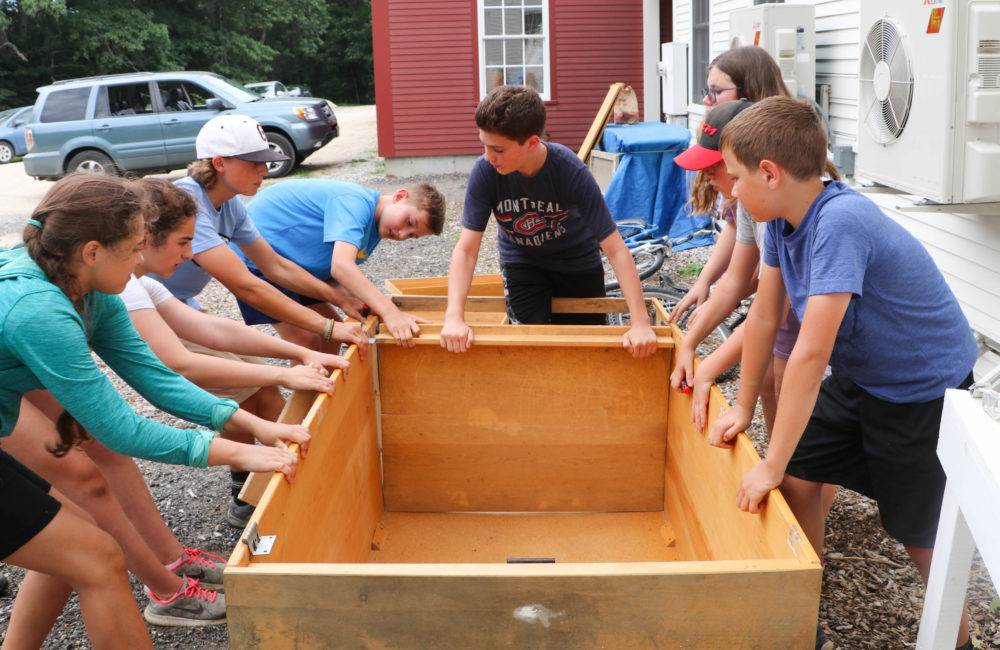 Right now, the furniture looks far from a brooder. It’s tall—the campers need to stand on tiptoes to reach the top—and has two cabinet doors with drawers on the bottom. But Katie and the campers use their imagination to see what’s possible. They envision an open viewing space for barn visitors to observe the baby chicks. Katie acquired old windows that were previously in the farmhouse before renovations. With a fresh coat of paint, this will be the perfect replacement for the doors and drawers.

Katie split the group of campers into two groups: the Door Busters and the Window Painters. Given the wildness of the name, the former group was much larger. They maneuvered the bureau onto its back and brainstormed ways of removing the hardware, doors, and drawers. It’s powerful to see what a group of pre-teens can accomplish when they put their minds to it. With a few of them lining each length of the bureau and counting to three, they pulled the sides far enough apart to take out the shelving. One kid even volunteered to give it a hearty kick to bust out a stubborn shelf. As a group effort, they transformed it from a bureau to an open box with surprising efficiency! 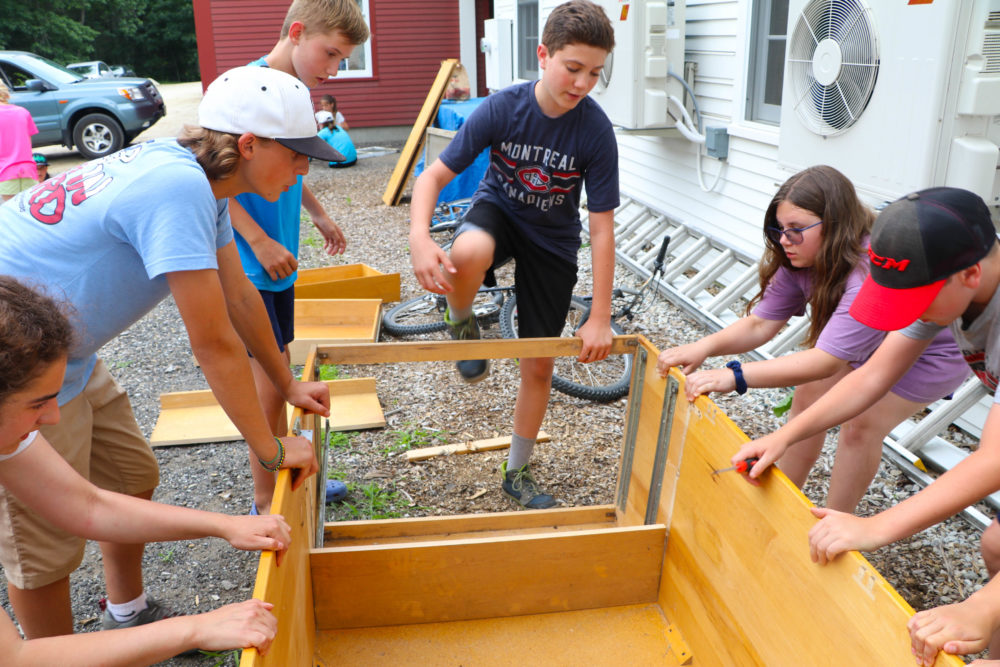 Before window treatments could move forward, the campers needed to agree on a color scheme. They voted to go a traditional route and make the brooder look like a barn. There was still some red paint left over from when our Livestock Education Barn was built last summer, and it would be a fitting foundation color for the brooder that will end up in that barn when complete. To keep it consistent with the traditional barn look, the campers opted to paint the window trim an egg-shell white. 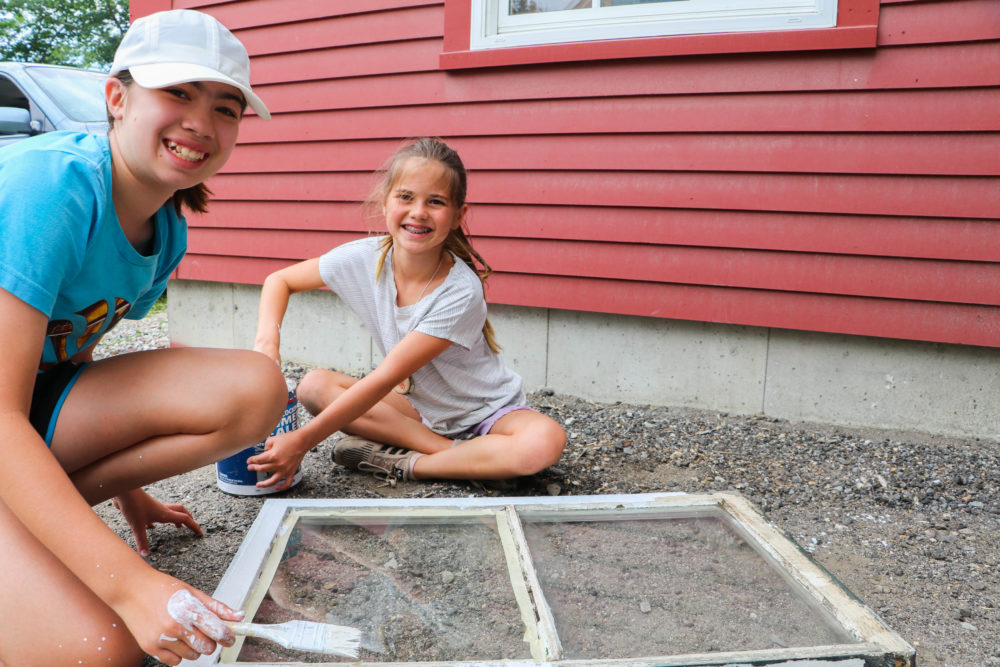 The windows are now roughly painted and the bureau is looking more like a brooder now that it’s door- and drawer-less. This new group of farm campers chose the continuation of this project as their activity choice for the afternoon and were briefed by Katie on the next steps. Many hands made for quick work on painting the wood red. When they were done, they needed to let it dry before they could add the windows. 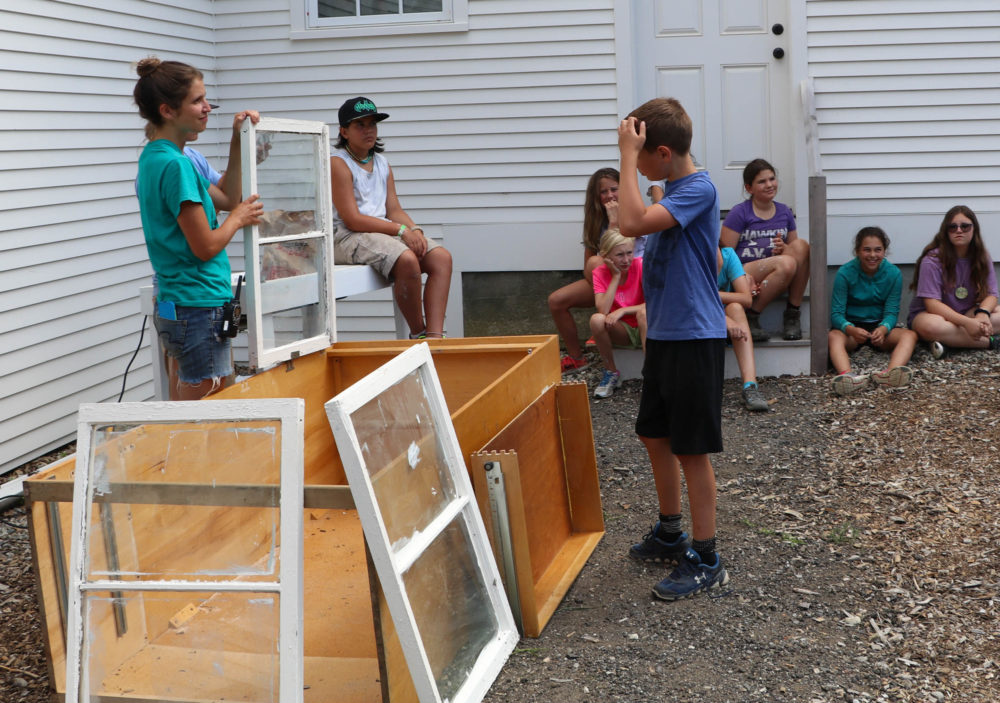 While the paint had dried by this point, today’s group of campers are too young to participate in putting the brooder together. Instead, the Peapods (ages 4-6) helped bring an older chicken brooder back to life with a fresh coat of paint. Katie pulled out the smaller one that had been painted by a group of Farm Campers a few years back. The little helpers got busy with their paintbrushes, bringing some vibrancy to the brooder with a mix of purples, pinks, and teal. 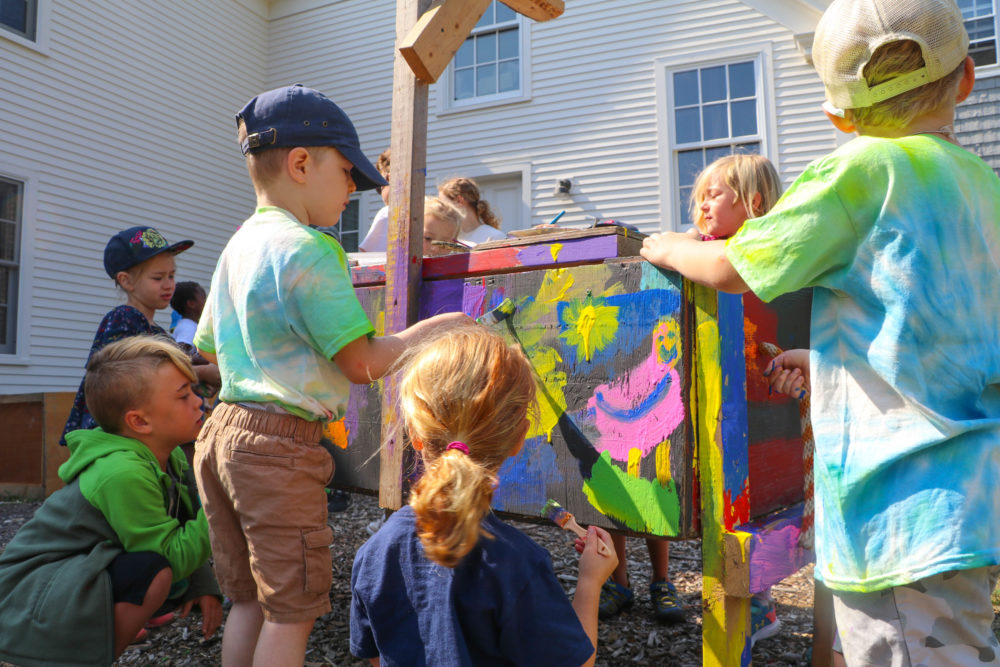 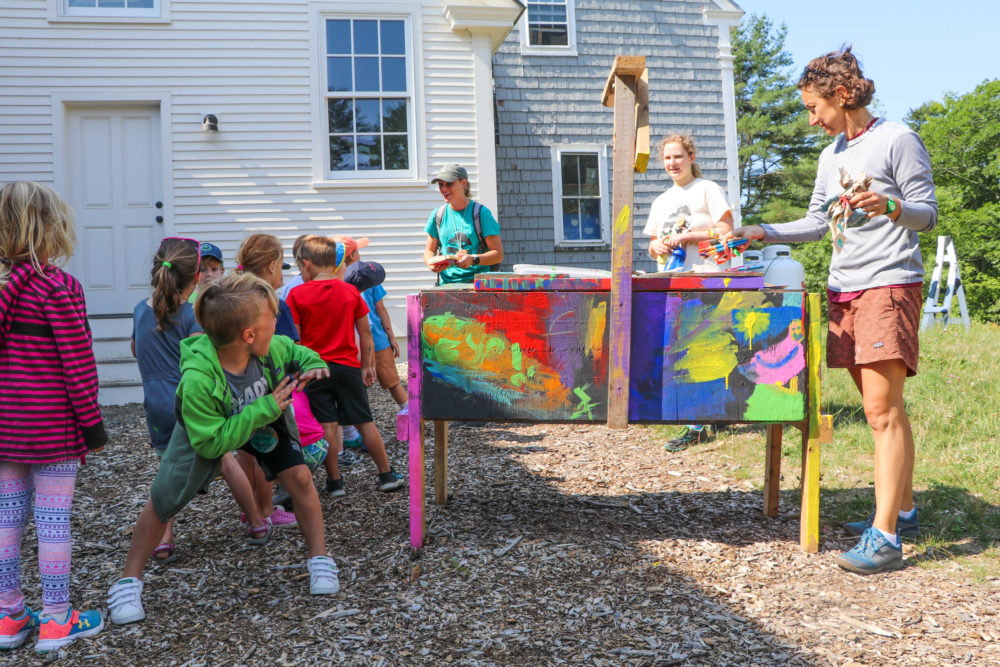 Time to put it all together! Now that all of the painted pieces have dried, today’s campers took to assembly. They added hinges to one side of the windows and hooks to the other side. The windows cover the open side of the brooder. Now that the outside is complete, the brooder can be propped back to an upright position and head into the barn where it will soon be put to use. 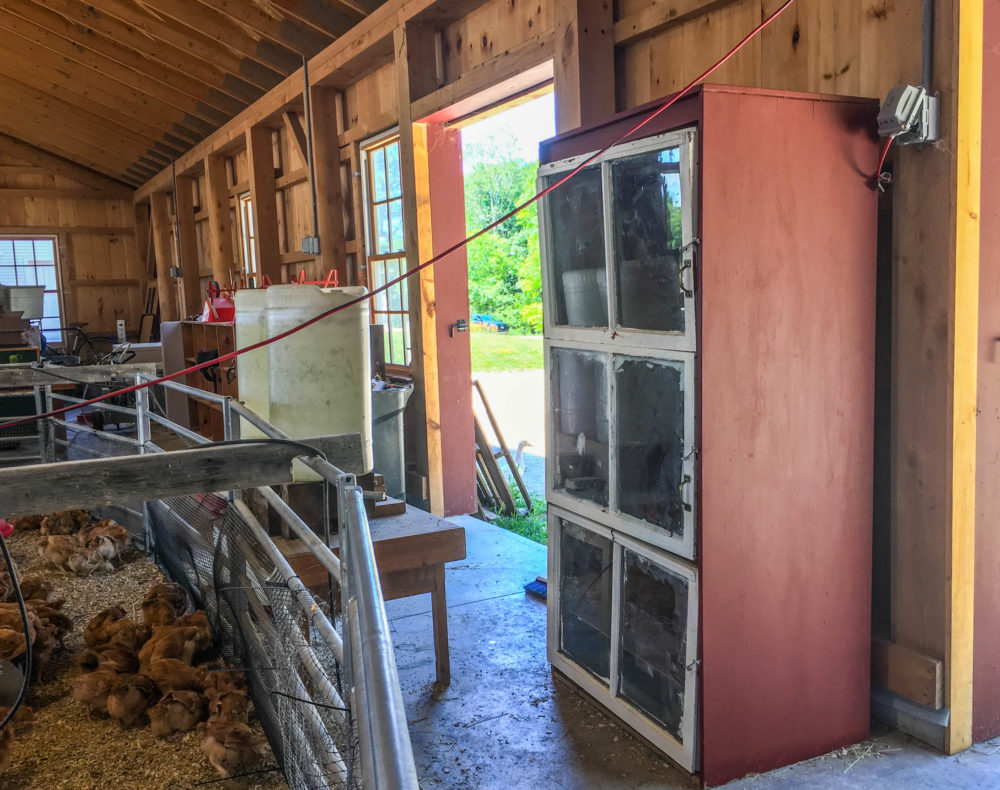